“We already work with a competitor.”

“Who are you and how did you get my number?”

In sales, objections are a reality of the job. Nothing to see here, folks. Just another prospect saying no. And overcoming those objections is something you better get used to if you want to succeed at your job.

Some are easily handled, while others take some careful questioning and creative reframing.

But what if you’re hit an objection so outlandish, so ridiculous, it defies reason and leaves you with no clear path to closing the deal?

That’s the question we asked well-known sales professionals - including Peter Gracey, Juliana Crispo and Andy Paul - for an episode of the new podcast Stories from the Sales Floor. Some of their responses were just as unbelievable as the roadblocks they had to overcome.

Here’s a taste of what you’ll hear on Stories from the Sales Floor - Episode 2: Ridiculous Objections.

Most sales reps have heard the “your price is too high” objection, but it’s rare a potential customer says the product just doesn’t cost enough. Usually, as it was the case for Peter, this objection has to do with allocating remaining budget - a “use-it-or-lose-it” situation. Peter was stuck with no real choice but to walk away from the deal. But what if you’re a glutton for punishment and need to push this deal through?

You could offer to double or even triple your price, but what if that’s not enough?

Billable CSM hours is one approach. You can offer to include “X” hours of dedicated customer success time at whatever price will get you to your goal. If your potential customer is already sold on your product, this can be a mutually beneficial tactic that raises the price while adding a layer of support for your new customer.

If you’re opposed to throwing in more resources, you can suggest a multi-year deal where the customer pays the entire contract value upfront. Not only have you increased your price, but you don’t have to worry about churn for a few years.

Forget cold emails, Andy Paul had the Cold War preventing him from closing with the Soviet government. But he didn’t let a little thing like communism get in the way of a multi-million dollar telecommunications deal. He continued to work back channels, built rapport (over drinks) with key Russian decision makers, and eventually got them to sign.

So what do you do if you’re faced with cultural or even geo-political challenges?

Harvard Law School likens international business negotiations to an onion. As your peel back the layers, “...you interpret behavior to reveal attitudes, which reflect norms, which are founded on values.” To bridge the cultural gap, look for shared experiences or connections. Do you have mutual colleagues? Is there a sports team you both follow? You can also bond over the trials and tribulations of sales including difficult deals or negotiations that took unusual turns.

Juliana was faced with the ultimate objection - death. There’s not really much you can do with that one. And it’s probably a very sensitive time for your former prospect’s company so try to be courteous and respectful.

But let’s say your contact is still alive, he or she has just gone silent. What do you do?

Avoid guilting your quiet prospect into getting back to you. Don’t refer to the past in your attempts to reach out. Ginny Soskey with Hubspot says “...if you want to hear back from your buyer, don’t mention the fact that they haven’t gotten back to you in a while. Start every interaction as if from scratch, and they’ll be more inclined to re-engage.”

You can also try changing your closes. Instead of asking for the prospect to simply respond, try to get them to look at a new blog post, white paper, or even ask them for an introduction to a new contact at the company. Soskey says “...the different asks explain why a salesperson is calling a prospect several times despite the lack of response. In addition, if a prospect was shying away from a particular close, they might be more inclined to re-engage on a different one. And any way you get the conversation going again is a good thing.”

That’s just the tip of the iceberg. Stories from the Sales Floor is filled with incredible stories from today’s top sales experts. Find out what pisses them off about sales; their predictions for the future and even how they use their powers of persuasion outside of the workplace. Be sure to subscribe to get new episodes delivered right to your inbox each and every week! 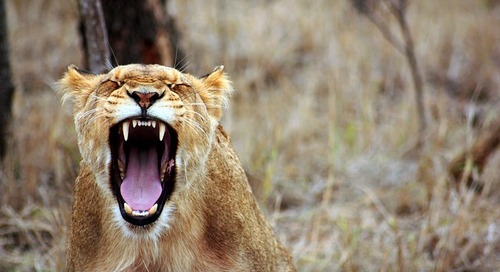 Like it or not, sales reps often get a bad rap. They’re seen as pushy or arrogant, willing to do anything -... 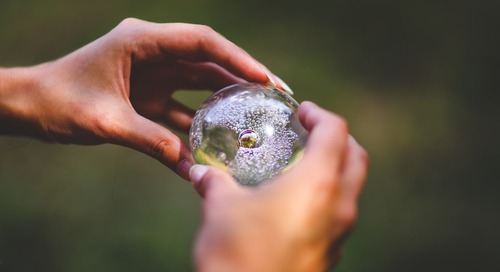 Finish this statement: “If I could go back in time, I would tell my younger self…” I bet your mind is flood... 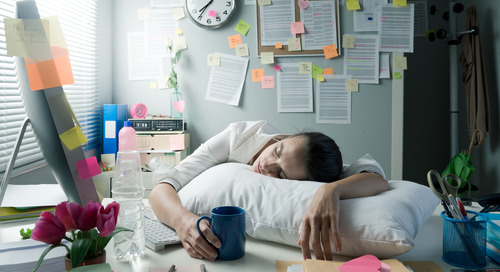 We've all been there. The day-to-day grind is getting to you. Quota-crushing feels soul-crushing. The thought of starting over next month/quarter/fiscal year is almost too much to bear. Wouldn't it be

Like it or not, sales reps often get a bad rap. They’re seen as pushy or arrogant, willing to do anything - even lie - to get your business money. To be fair, not all sales reps are jerks.

Finish this statement: “If I could go back in time, I would tell my younger self…” I bet your mind is flooded with regrets - bad decisions you wish you could change. Make that left instead of right