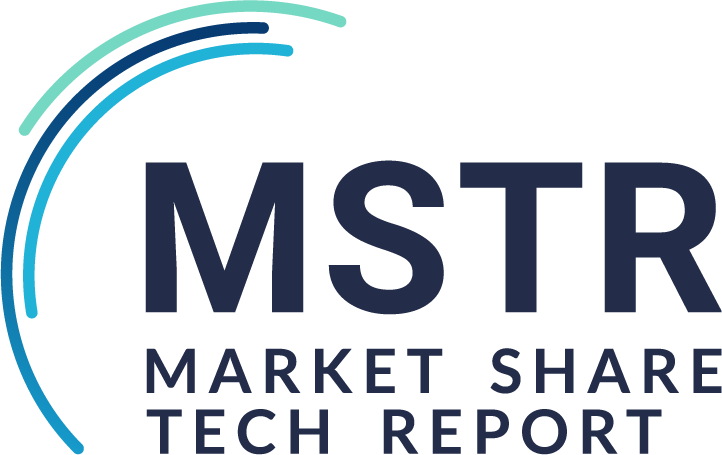 This Market Share Technology Report (MSTR) from Datanyze examines sales enablement technology market share and trends over the prior 12 months. Vendors can use this MSTR report to track market share among competitors and learn about the frequency of customer implementations, while software end users can read about the industry leaders and trends that influence popular features in sales enablement software.

In a highly competitive technology marketplace, innovative products and a skilled sales team aren’t enough to grow business. Sales enablement technology is still a relatively new industry among the growing sales tech stack, but it brings a strong competitive advantage. These emerging tech tools are increasingly popular, particularly among companies in the midsized market with a high-growth mandate. 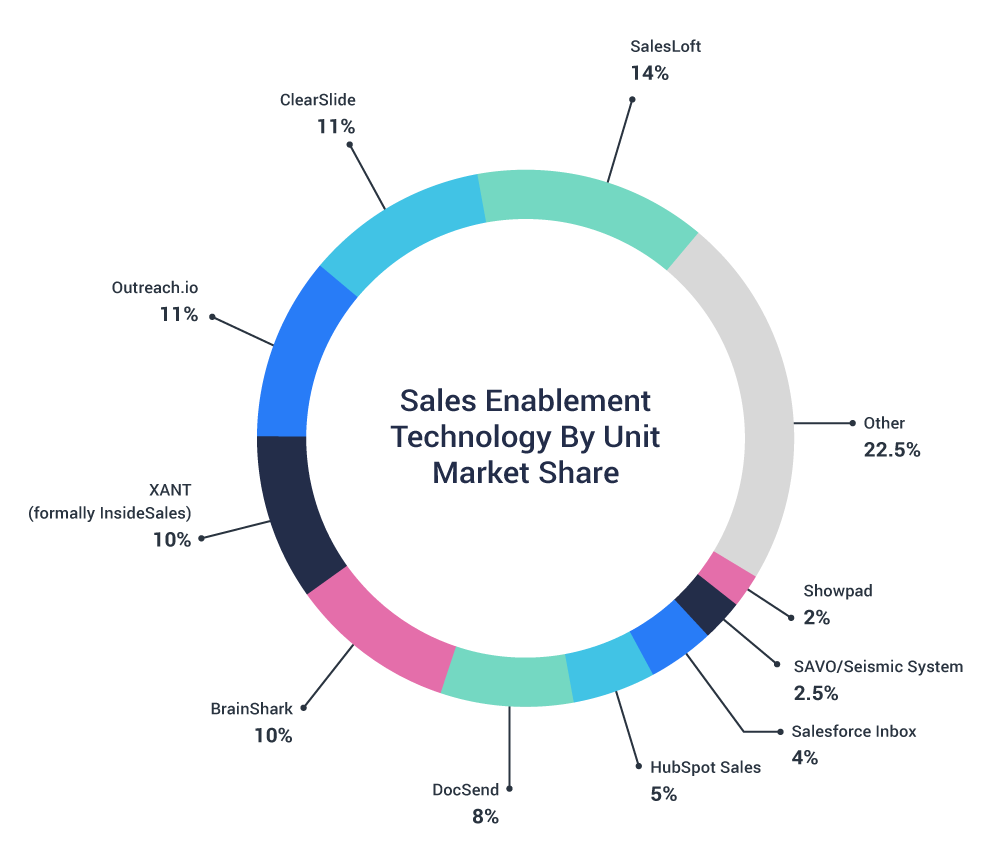 The industry posted double-digit growth in 2019, but sales enablement technology is still an emerging industry, and the majority of user adoption remains limited to certain industries: primarily software sales, business services, manufacturing, as well as finance and media.

The category of sales enablement technology covers a variety of iterative functions that includes tools, processes, content, and insight in the form of metrics. Sales leaders and senior leadership leverage sales enablement technology in order to quantify sales functions - such as the length of the sales cycle, demo to opportunity ratio, deal size, and the number of sales reps achieving quota - and make processes more efficient.

It’s no wonder 32% of ZoomInfo survey respondents said their company is planning to increase spending for Sales Automation, Enablement & Intelligence initiatives, in 2019. 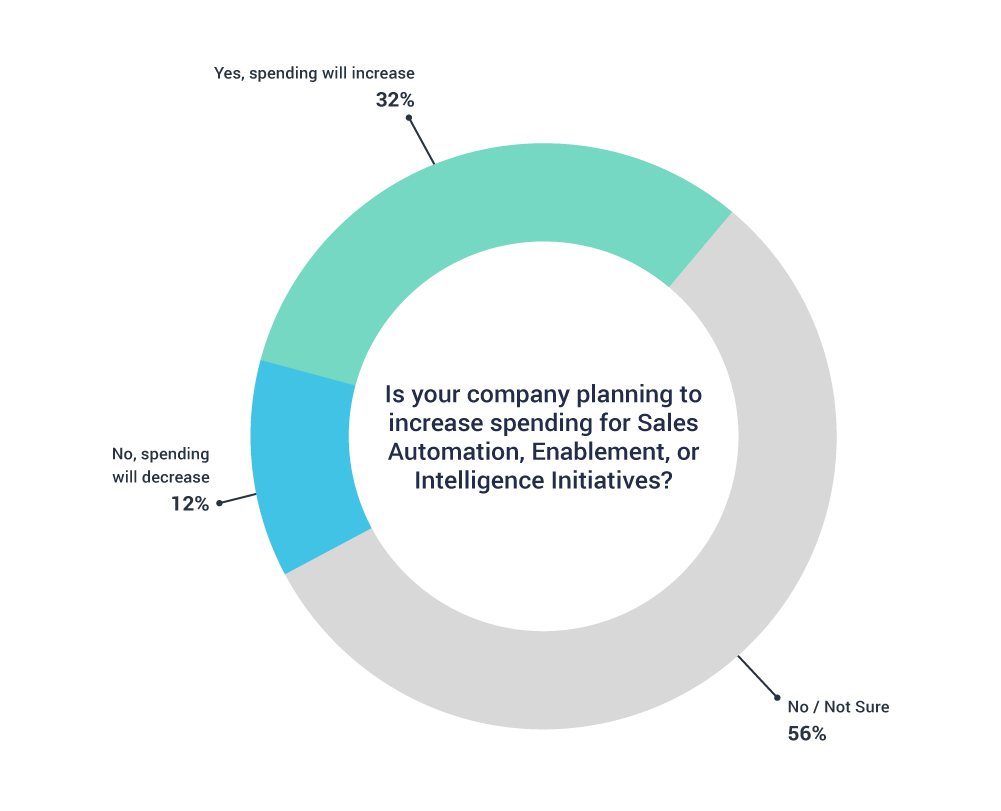 Figure 2: A survey of planned projects for 2019. Source: ZoomInfo Datanyze tracks unit market share, which is the number of units (i.e., tech installations) that vendors sell as a percentage of total sales in a market. ZoomInfo is the parent company of Datanyze.

What is the Market Presence of Sales Enablement Technology?

SalesLoft leads the pack by the number of installations from March to December 2019, with 1,080 at the end of the year. 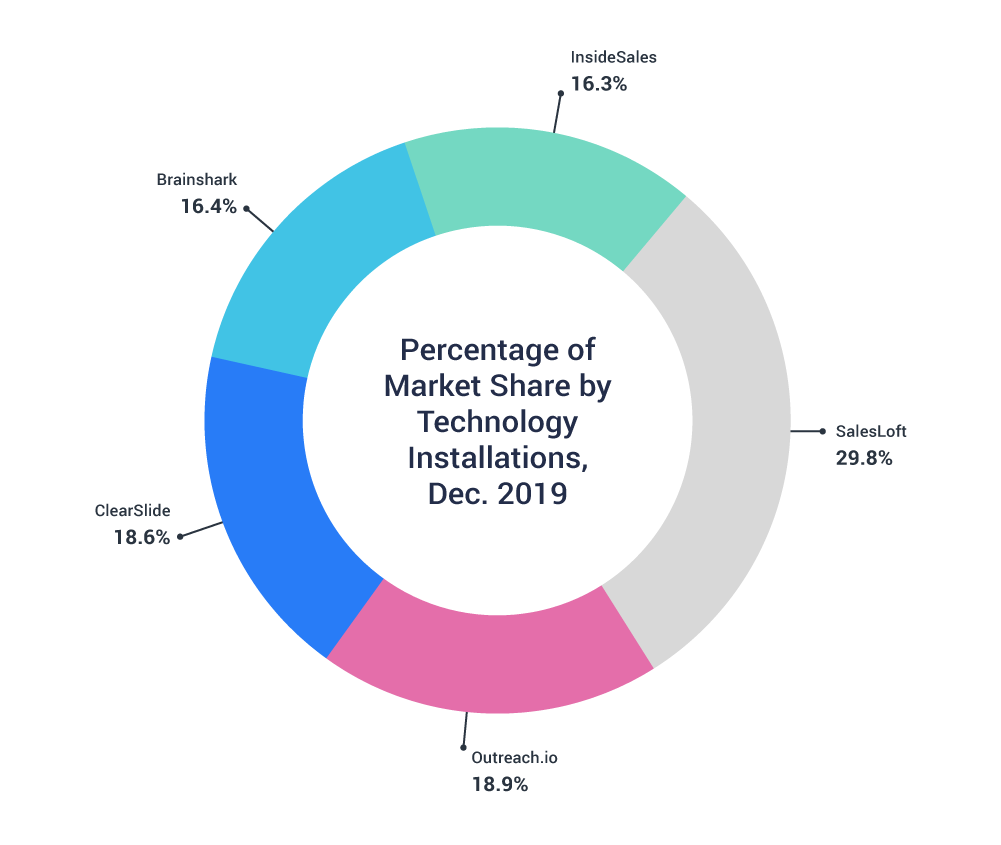 The market presence of sales enablement solutions may be still in its infancy, but if iInvestment is any indication, these technologies are only going to get more popular:

Investors aren’t the only ones paying attention to sales enablement technologies. It’s a growing area on which companies launch industry events, with impressive turnout for a sales tool that is still so new:

While the user base for these advanced sales tools may still be limited to early adopters and companies hoping to post aggressive growth, these technologies generated very strong interest over the past year.

Who are Rising Stars in Sales Enablement?

The rising stars in any emerging technology industry are those who can navigate early pitfalls, which describes most companies on this list. For the time period of March 2019 to January 2020, most sales enablement tools, even those with very small market share, posted significant growth. Among the largest players in the space, Brainshark, Outreach.io, Showpad, and Seismic+SAVO had the biggest gains. 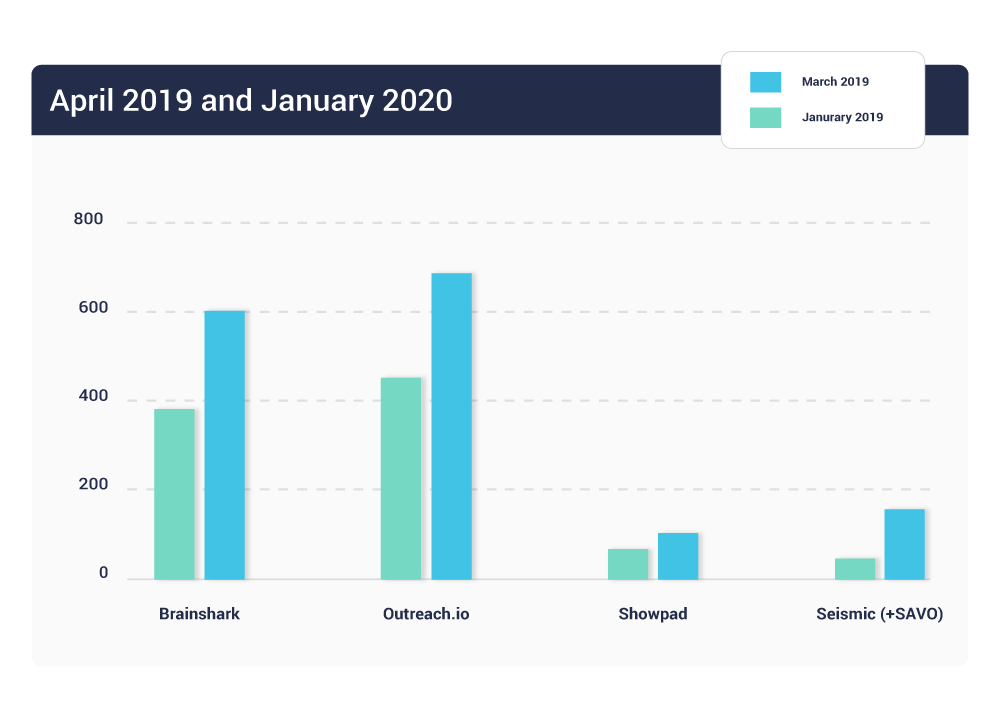 Brainshark doubles down on sales prioritization and communication

Among these industry leaders, several companies posted standout growth during the March 2019 - January 2020 time period. Brainshark stood out with 61.8% growth in installations of their technology, from 370 in March to 596 in January. The privately held company helps customer-facing teams improve communication and customer education via content and coaching. In June 2019, Brainshark revealed Machine Analysis, an AI-powered lead-scoring and sales coaching tool to help prioritize outreach and communication between sales reps and managers.

December 2019 was another banner month for Brainshark; in addition to their acquisition of Rekener and foray into AI, the Massachusetts-based company launched a new text-based coaching tool to improve sales communication.

Outreach.io is another high-growth sales enablement company to watch. The privately funded, Seattle-based company grew 49.8% during the same period, and ended their Series E funding in April 2019 with a $1.1 billion unicorn valuation. The year brought a new integration with Microsoft Dynamics 365, partnerships with Seismic and PFL, and AI-driven enhancements to their core product.

Showpad, which provides training and coaching software to sales teams, owns just 1.8% of the market. Nevertheless, the company nevertheless posted 48.5% growth between March 2019 and January 2020. The growth in installations of its technology may be due to the company’s focus on customer adoption: In addition to expanding their partner program, Showpad added several new executives to its leadership team during this time, including a new CFO, chief customer officer, and a new VP of services and support. In addition, Showpad launched an all-in-one enablement platform and raised $70m in series D funding.

Aided by its acquisition of Percolate in November 2019 and acquisition of SAVO in 2018, Seismic Software increased its market share to 2.46% by January 2020. A host of integrations, in addition to new and renewed partnerships with Outreach, Microsoft, Rackspace, and Artis, have helped the 10-year-old company reach new customers. Two more initiatives have also sped up adoption and likely boosted market share as well: Seismic University was rolled out in October, and an accelerated implementation program was unveiled in December 2019.

Other smaller companies might not yet see the number of installations posted by Brainshark or Outreach.io, but noteworthy growth trends are happening throughout this technology category:

According to survey data from ZoomInfo, growth-stage companies with revenue of $1 million to $25 million are far more likely to leverage sales enablement tools than either smaller businesses or enterprise-level companies.

In fact, companies with revenue between $1 million and $25 million are more than twice as likely to use sales enablement technologies than companies of all other sizes (by revenue) combined. 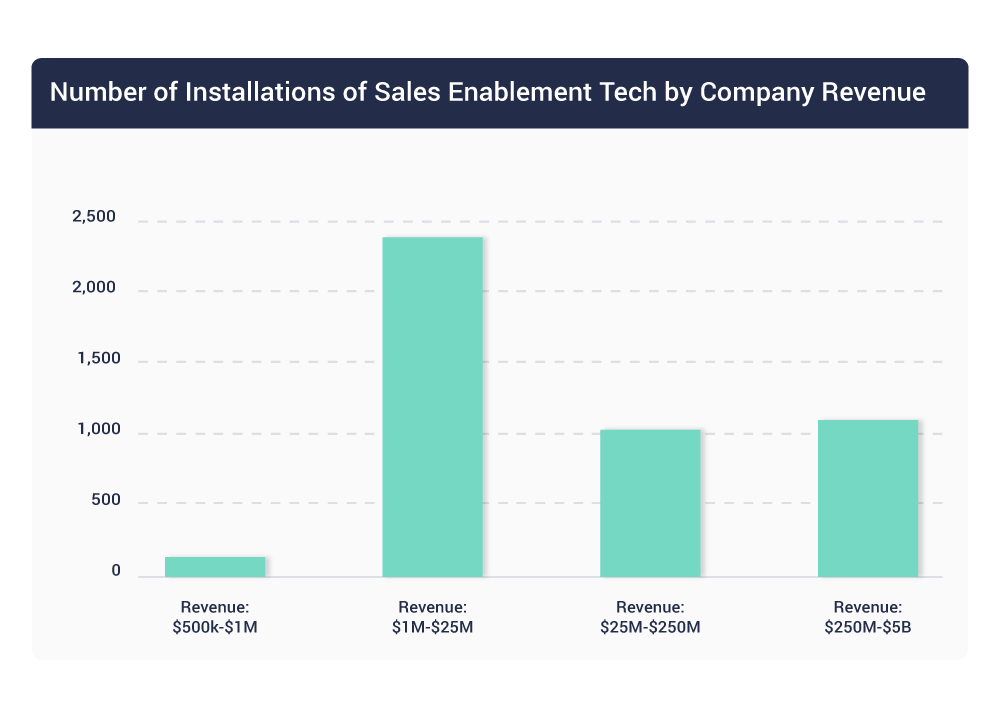 Young startups may not be ready for sales enablement

Younger companies still forming and organizing sales teams may be more concerned with demonstrating early success than fine-tuning the process of getting there. Product lines are often narrow and limited to a few markets; specialization isn’t a priority.

According to Harvard Business Review: “Sales leaders of new companies and new divisions of existing companies are eager to exploit opportunities in the marketplace and are under pressure to demonstrate success quickly. While a start-up has to worry constantly about selling costs, a new division can draw on some of the parent company’s financial and human resources.”

Enterprise companies may already have best practices in place

Enterprise companies, on the other hand, have a strong, long-established market presence, a well-trained veteran team, established sales processes and goals, and expectations for growth that are based on historical performance. These large companies have likely already benefited from input from analysts and professional trainers - and they may not see themselves as needing sales enablement.

From the same Harvard Business Review article: “Their strategy should emphasize retaining customers, serving existing segments, and increasing the efficiency and effectiveness of the sales force.”

Ideal users of sales enablement technology land squarely in the mid-market space. These “Goldilocks” companies - with revenue between $1 million and $25 million - are the sweet spot for this technology. These are established, growing sales teams who are expanding within existing markets and into new verticals.

From HBR: “As businesses grow, their product portfolios expand, and their sales forces have to call on prospects in a broader set of markets. This presents sales managers with two challenges: specialization and size.”

Mandates for growth and specialization may prompt sales leaders to seek out efficiencies that aren’t a priority at other stages of the company lifecycle - making sales enablement tools particularly attractive to this group.

What is the Future Outlook for Sales Enablement Technology?

Sales enablement is only possible with integrated systems and data sources, making the industry ripe for artificial intelligence. Indeed, nearly every technology in this MSTR report is already enhancing the capabilities of sales teams with the help of AI, and most have planned projects related to AI in 2020.

Here are just a few ways AI can improve and speed up sales enablement:

Finally, the volume of venture capital investment in sales enablement technologies indicates this industry is poised to grow. Just to highlight a few funding rounds, according to information from ZoomInfo, since January 2019:

As this emerging industry begins to hit its stride, the biggest challenge may be expanding into large and small markets where the need for sales enablement isn’t yet obvious. But the onslaught of well-funded features, benefits, integrations, and results is likely to make this industry increasingly impossible for the leadership at companies of any size to ignore. 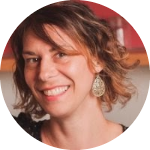 Charity Heller is a senior manager of content at ZoomInfo and Datanyze. She is passionate about creating relationships through storytelling, communication, language, and strategy. Charity is a certified project manager with a BA in English literature and professional editing certification from the University of California, Berkeley. 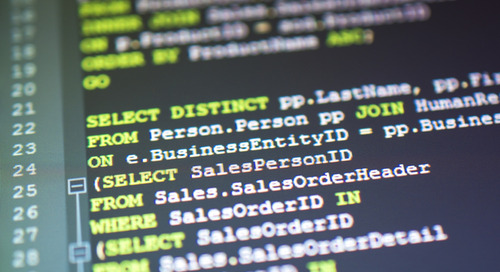 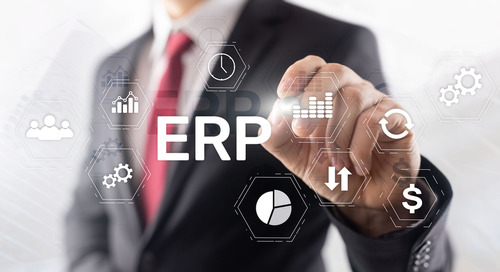 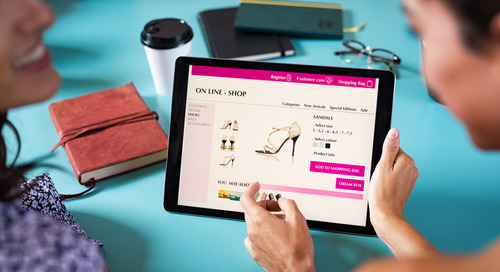 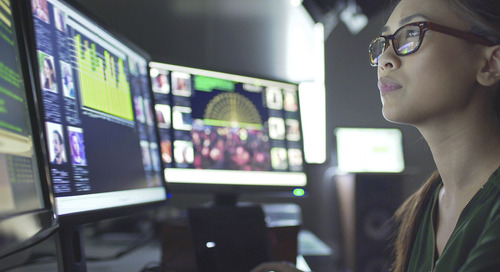 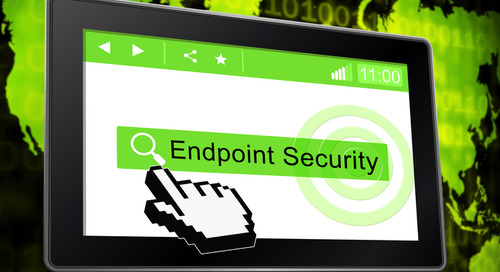 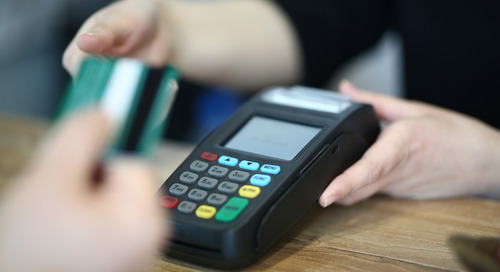 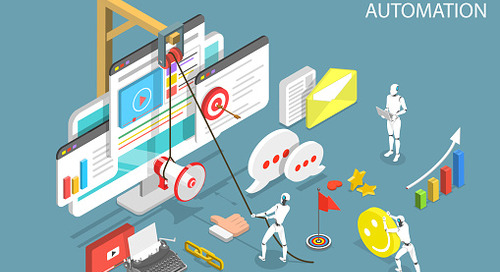