Like it or not, sales reps often get a bad rap. They’re seen as pushy or arrogant, willing to do anything - even lie - to get your business money.

To be fair, not all sales reps are jerks. But, unfortunately, a few are. They over-promise and under-deliver. They talk prospects into buying products they don’t really need. And once the deal is done, they disappear. No support. No relationship. Nothing.

You know who that disrespectful treatment really pisses off? The guests on a recent episode Stories from the Sales Floor, that’s who. We asked Steli Efti, Sean Sheppard, Heather Morgan and Mark Hunter to open the floodgates of fury and say what makes them mad about sales. They didn’t disappoint.

Fact: people like it when they believe the person they’re talking to is truly interested in what they’re saying. If your reps’ conversations lack that authenticity, you can kiss your bottom line goodbye. But the key to ensuring a positive connection between rep and prospect isn’t just asking questions to fake sincerity, it’s asking the right questions and maintaining a consultative attitude - working with the prospect to solve a problem. And to do that, you’ve got to care about what they say.

If you’re firing off question after question and not actually listening to the answers, the whole interaction becomes a pointless interrogation that will impact your conversion rates. As InsightSquared’s Lindsay Kolowich writes, "...the better your sales reps’ listening skills, the better their sales conversations will be - and the more deals they’ll win."

Fortunately, active listening is skill you can hone. Hubspot’s Pete Caputa suggests you "...ignore the distractions around you, throw out the script, stop worrying about what you’re going to say next, and really pay attention." It’s about care and curiosity. As Steli puts it, when you are really interested and truly care, it will affect the way you you’re leading the conversation with your questions. The prospect will be more cooperative, you’ll build rapport and be able to move the sale forward. Win-win.

This is an interesting opinion. While instinctively it feels like the right stance - nobody wants a pushy salesperson who just bulldozes his or her way to a deal - others say a level of aggression is a common trait for a successful sales professional. Let’s dive into both sides of the argument.

The “hard sell” is often more annoying than effective. Geoffrey James, writing for Inc.com, thinks aggressive pitches can backfire and "even if the customer makes a decision, he or she may resent being pressured - and often as not will find a way to get out of the deal or delay it until the pressure is off." Not exactly the intended outcome. You may get the deal, but you’ll probably also hear the word “churn” soon after.

Assertiveness, on the other hand, is often admired. James writes, "the assertive approach is neither pushy nor flaccid, but instead creates a discussion that helps you and the customer better understand what’s going on, and what you can do to help the decision-making process along."

Robert Cialdini, author of the seminal book, Influence: The Psychology of Persuasion, concludes everyone is more likely to be influenced by people they like. The challenge is finding the right level of assertiveness that doesn’t cross the line into aggression. Make sure you’re practicing emotional intelligence - listening to your prospect’s voice and tone; having a sense of the overall mood of the conversation; being aware of their body language as well as yours. It’s that data set that will (and should) influence how you navigate the negotiation.

Instead of saying something like "If you don’t buy today, the deal is off the table," try something like "Do you have a specific date in mind when you’ll make a decision?" That way you still get the desired response without triggering a negative, defensive reaction in your prospect.

There's More Where That Came From

Steli and Sean aren’t the only ones who opened up. Check out Stories from the Sales Floor to hear what pisses off Heather Morgan and Mark Hunter.

If that doesn’t pique your interest, how about hearing some of today’s top sales experts tell their most embarrassing stories (WARNING: potentially NSFW)? Or maybe how they use their powers of persuasion outside of work? Be sure to subscribe to get new episodes each and every week! 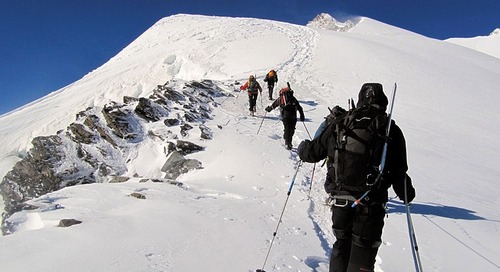 Introducing “The Insiders”: Our List of the Top 20 Inside Sales Influencers of 2016

It’s been quite the month for us here at Datanyze! We were recently thrilled to be named to Gartner’s lates... 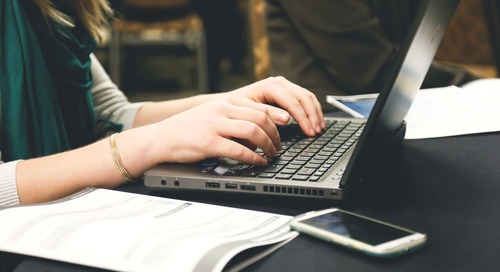 Hey, YOU! Here's Why You Should Personalize Your Sales Emails