Can Data Improve Empathy In Sales?

It’s been said that sociopaths make great salespeople. According to an article posted on Mic, in sales, “...there's no room for emotion. Who has the greatest mental prowess? Manipulative charm? Who can wield the finest array of half-truths to convince a customer and close a sale? For those who like to compete for status and feed an ego through the defeat of colleagues, there is no better place to be than sales.” Cringeworthy, right?

That quote puts a rather antiquated and negative spin on sales. While there are certainly salespeople who treat potential customers like a commodity to be acquired or spent, many have realized that, in today’s landscape, creating a meaningful and consultative connection with prospects benefits both sides of the bargaining table.

So how do you do that?

The first step to building a real relationship with a prospect (or anyone) is to be authentic. People can smell a fake a mile away. I’m not saying you have to become your prospect’s best friend or invite them to your wedding, but it’s important to truly care about their pain points and the struggles they deal with every day. That should make sense since you’re selling them a solution to one or more of those pain points.

Which brings me to empathy. Author and sales leader, Anthony Iannarino, defines empathy as “...the ability to share another person’s feelings. It is the ability to share in their emotional experience.” That last part is especially important because it does away with the adversarial relationship that sometimes forms between a salesperson and a prospect. In sharing a prospect’s emotional experience, you’re letting them know you’re on the same side, working towards the same goal. You also see your prospect’s problems from their perspective, enabling you understand what matters to them, and allowing you better tailor a solution offering.

The New Yorker argues that empathy, especially in Silicon Valley, is disappearing. But others believe (and I happen to agree) that technology is ushering in a new age of empathy, making it easier to connect with and understand people. There’s truth to both sides, and it’s important to understand that technology has the power to both destroy and create empathy, but I believe the positives vastly outweigh the negatives.

So what’s the best way to understand the everyday problems your prospects experience? Asking thoughtful questions, active listening and picking up on nonverbal cues are a few solid tactics (see emotional intelligence), but some people don’t like sharing and you definitely don’t want your interactions to feel like interrogations.

If your prospects have a hard time opening up, there are other ways to put yourself in their shoes. Examining the tools your prospects use in their day-to-day can give you a glimpse into how they spend their time and the potential problems they face. This is where looking through a technographic lens can really pay off.

According to Netskope’s Worldwide Cloud Report, which is updated quarterly, Enterprises use an average of 1,031 cloud-based services. That’s more than a thousand data points to help you get to know your prospect. And Charlie Liang, Director of Marketing with Engagio, says Technographics allow his reps to have “...more meaningful and educated conversations because they know exactly what technologies they [prospects] are using, day in and day out.”

A simple Google search can give you traditional firmographic information like where a prospect’s company is headquartered or the number of employees. And while useful, it doesn’t really get you closer to truly understanding your prospect’s pain points. It’s just not enough to go on.

Knowing a potential customer’s tech stack allows you to think like them and imagine yourself using the tools they do. For example, if they have multiple analytics tools that track behavior, they care a lot about user experience. Or if they recently dropped their budget-friendly email marketing platform in favor of an Enterprise marketing automation solution, you know they’re investing more in nurturing their audience (and may have budget to invest in your product too).

Put another way, if someone showed you an old hammer, you could learn a lot about its owner just by looking at it. The handle is well-worn meaning it has seen hours of use. The claw is slightly bent suggesting the owner had a tough time pulling out a stubborn nail. There are flecks of tar on one side. Could that mean it has been used for roofing? It can get really hot up there, especially during the summer. That must be miserable.

See what I mean?

Empathy has always been at the heart of understanding, and creating real connections, with others. And while a successful discovery call can potentially supply you with enough information to move forward with a prospect, more is needed to empathize with their pain points and adequately assess the sales opportunity at hand. Technographic data solves for that, and enables you to place yourself in the prospect’s shoes and create that shared emotional experience in an authentic way. And striving for that level of connection will not only boost your sales performance, but will help when it comes time to for your customers to renew. 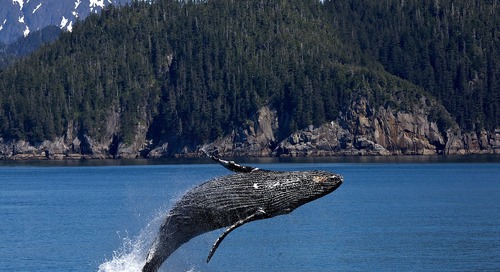 Learn how Engagio uses data to select and tier accounts and set up their reps for Account Based Everything ... 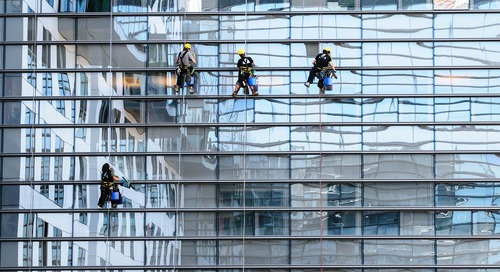 How To Clean Up Messy Sales Data