Home » Blog » Should We Be Preparing For A Future Without SDRs?
× Share this Article

Ever since the success of Aaron Ross’ Predictable Revenue, the idea of a repeatable process built around specialized roles has been normal for sales pros.

Trouble is, when you combine a predictable, repeatable activity with a burgeoning artificial intelligence field… you get where this is going.

Robots are coming, and they’re coming for the jobs. 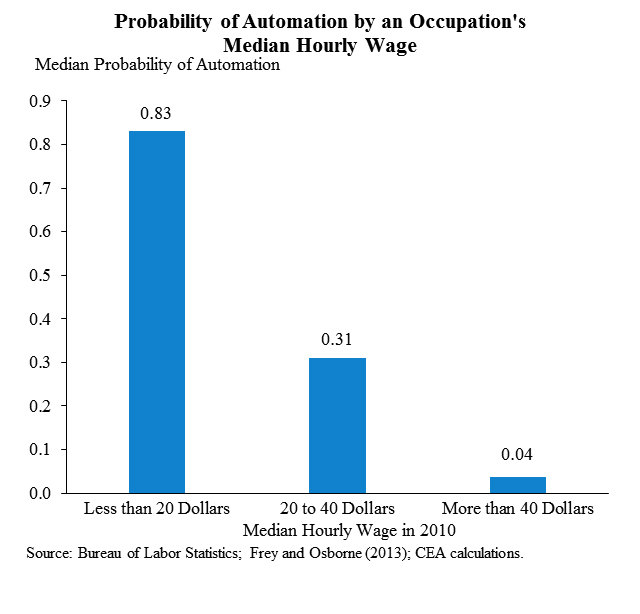 There have been rumblings about this for a couple years. First, it was leftfield, techy journals. Then it was HBR. Now it’s Forbes and the New York Times. Robogeddon has gone mainstream, as a cultural anxiety if not as a fact (yet).

How serious is this for sales?

It depends on what you do.

Are the Robots Coming for Your SDR Job?

If you’re an SDR, it has the potential to be very serious. Because SDRs do a high-volume role where a lot of their activity is repeatable, it’s a role that’s way more susceptible to being programmed out of existence than AEs.

At first glance, this sounds crazy. The number of SDRs is rising fast. Most voices in sales are predicting a glowing future for ever-more-specialized sales teams with SDRs as a vital component, and 40% of companies in a Bridge Group survey used SDRs as a part of cycle-stage-specific sales team specialization.

They’re right: SDRs have one of the most vital functions in a sales org. But the work they do is repetitious: they’re working at high volume with a lot of leads, following a clearly defined process. That sounds like they’re at high risk from robotization.

This is already happening to inbound reps: those “want to talk to a human?” messages aren’t actually typed by humans. Automated voicemails are already commonplace features of sales dialers. And in-CRM dynamic listing and other features are already intruding on some of SDRs’ most unproductive tasks.

Outside of sales, we can see a similar process at work in China’s factories, where 60,000 workers have already been replaced by machines. White collar jobs are at risk too: writers, attorneys, and call center employees are all feeling the pressure of digital competition.

...Or Will Artificial Intelligence Do The Heavy Lifting?

But we probably aren’t looking at a sales org that changes so SDRs don’t exist anymore.

What’s more likely is an SDR role that changes to accommodate robotization of repetitious tasks, freeing up SDRs to oversee an ever greater volume of leads.

Use Germany as a comparison: they have plenty of robots—but that hasn’t kicked everyone out of a job. Rather, people now do higher-value tasks machines can’t do. Workers make more money, and factories are more productive.

SDR work combines a high-volume repetitious approach, with job demands that require flexibility, adaptability, and executive function. Making 100 calls a day is something a robot or A.I. can do. But having 10 or 20 meaningful conversations off the back of those calls isn’t, yet. And assessing prospects involves some intuition and thought as well as mechanistic adherence to process.

So only part of the SDR role can be "replaced." The part that requires judgment, intuition, flexibility and thought can’t be given to a chatbot. Even the most sophisticated AI can only pass for human under very tightly defined conditions. Something that can barely pass the Turing test for five minutes on a stage is going to suck at objection handling.

We’ll probably see SDRs upskill into a role where they supervise some job functions that are done by bots. Following instructions will become less important than understanding processes, and the SDR role will become more, not less, specialized. SDRs will orchestrate and monitor bots’ activities, and pick up when engagement indicates that it’s time for a human to intervene.

Where Will The SDR Role Go?

In the process, it will probably separate from AEs. Right now, SDRs are looking to step into AE roles within 2 years at the outside. And marketing provides leads to inbound SDRs. But in the future, both those things will change.

So email, dial and prospecting tools used by SDRs will integrate into a single platform and mesh with CRM on the back end. The separation from sales will be accompanied by a separation from marketing.

Loren Padelford told the Bowery Sales Broadcast that "...it really bugs me when we build sales processes that customers hate." The sales process in Padelford’s sights is the SDR/AE split.

Padelford isn’t criticizing from an ivory tower: he’s taken Shopify Plus from 0 to 8 figures in two years, using a new, simpler model. His objection to SDR/AE is that it was "...designed and built to make the sales company better" — not the customer experience.

A New SDR For A New Customer

The new SDR role will have to take account of the fact that SDRs are there to handle cold or barely-warm leads, prospected or passed on from marketing. But self-educated customers are entering the sales cycle later and later, asking for less and less input from reps. They don’t want to be handled like cold leads.

"Our job is to do what our customers want. Customers are in control of the sales process now. We need to customize to the customer process, not to the sales company process," as Padelford explains.

To do that, the new SDR-like salesperson of the near future is going to have to rely on a role-specific stack that lets them manage leads sensitively, in a timely and social manner.

Tools are already evolving to allow reps to do this: RespondbyBuffer helps by giving reps the ability to sell to, rather than at, educated, sales-savvy consumers, for instance. Datanyze (plug, plug) gives reps an "in" to the right inbox, as well as letting reps get technographic information on target companies’ tech usage so they can reach out at the right time to be helpful. The latest generation of enterprise message services come bot-enhanced. Email marketing chatbots are in the works.

And Facebook is building chatbots into its user experience; other social platforms and enterprise software will follow.

AI tools can handle follow-up and other already semi-automated tasks with minimal input from reps without replacing them altogether. So SDRs shouldn’t be too worried by apps like Conversica, which appear to automate a large part of the role and claim 50%+ response rates. It’s more likely that Conversica and tools like it will be just another tool in the toolbelt for the evolved SDR.

SDRs will take over an increasing amount of lead gen from marketing as robotization of the role allows them to handle way more volume. Part of this process will be sales development as a separate profession, with SDRs taking a seat at the table and more career routes within sales development.

AI won’t destroy SDRs any more than IT destroyed AEs. Instead, the sales organization will evolve under the pressures of more educated buyers, a more social, business-oriented internet and more assistance from AI. This is already happening, and it’s going to accelerate. SDRs might have to evolve into a role that doesn’t look much like the job does now. But like Padelford says, whatever the technological support, if you want sales success: “someone’s got to go and make something happen.” That’s going to be SDRs for a long time to come.

Download our Sales Development Playbook for more information on how to build a successful SDR strategy. 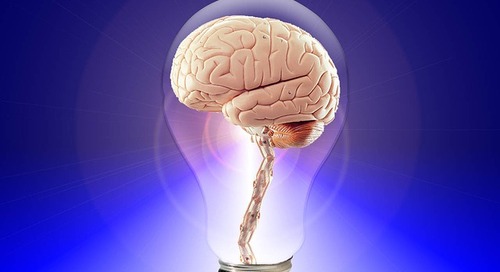 Emotional intelligence is the ability to perceive, maintain and evaluate emotion. Here are five tried-and-t... 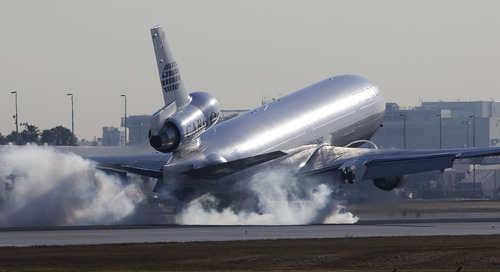 How to Optimize Your Funnel through Sales and Marketing Alignment

Learn about the importance of psychological sales & how to maximize the potential of your sales funnel by a...