GV operates independently from its parent company, Alphabet, but we were interested to see if the companies in its investment portfolio were heavily using Google-based technologies. Or, in Google's own words, do they eat their own dog food? So as we did with the startups to emerge from Y Combinator, we looked at the sales and marketing technology stack of the 256 companies that currently make up GV’s portfolio.

Here's a look at some well-known technologies as they appear on GV portfolio companies. The x-axis is the total count of GV websites using that tech; the y-axis is that tech's market share relative to its particular tech category. For example, Wordpress is used by 84 GV companies and holds 96% market share in the CMS category. 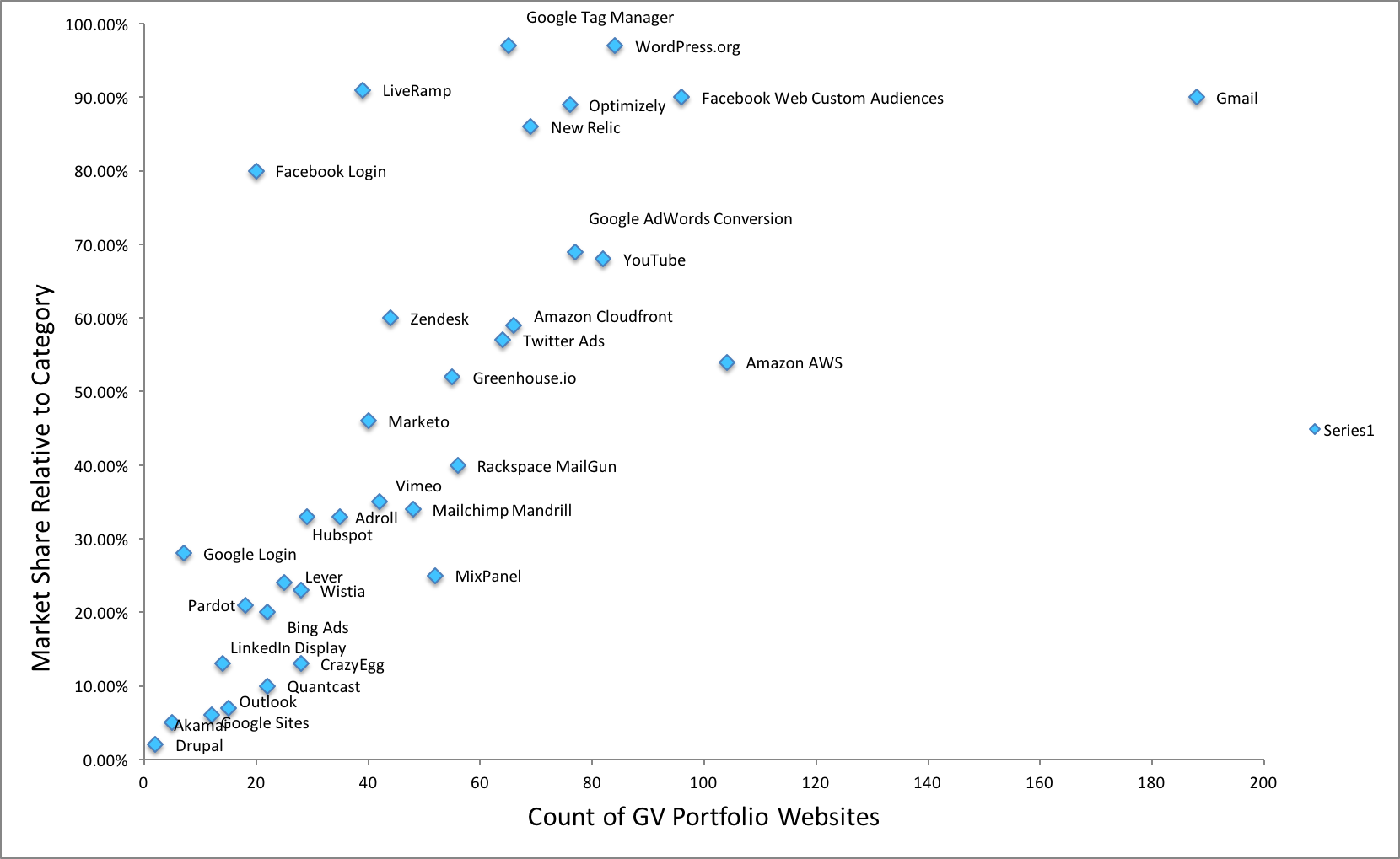 Here is the breakdown in adoption for all of the various technology categories we track. 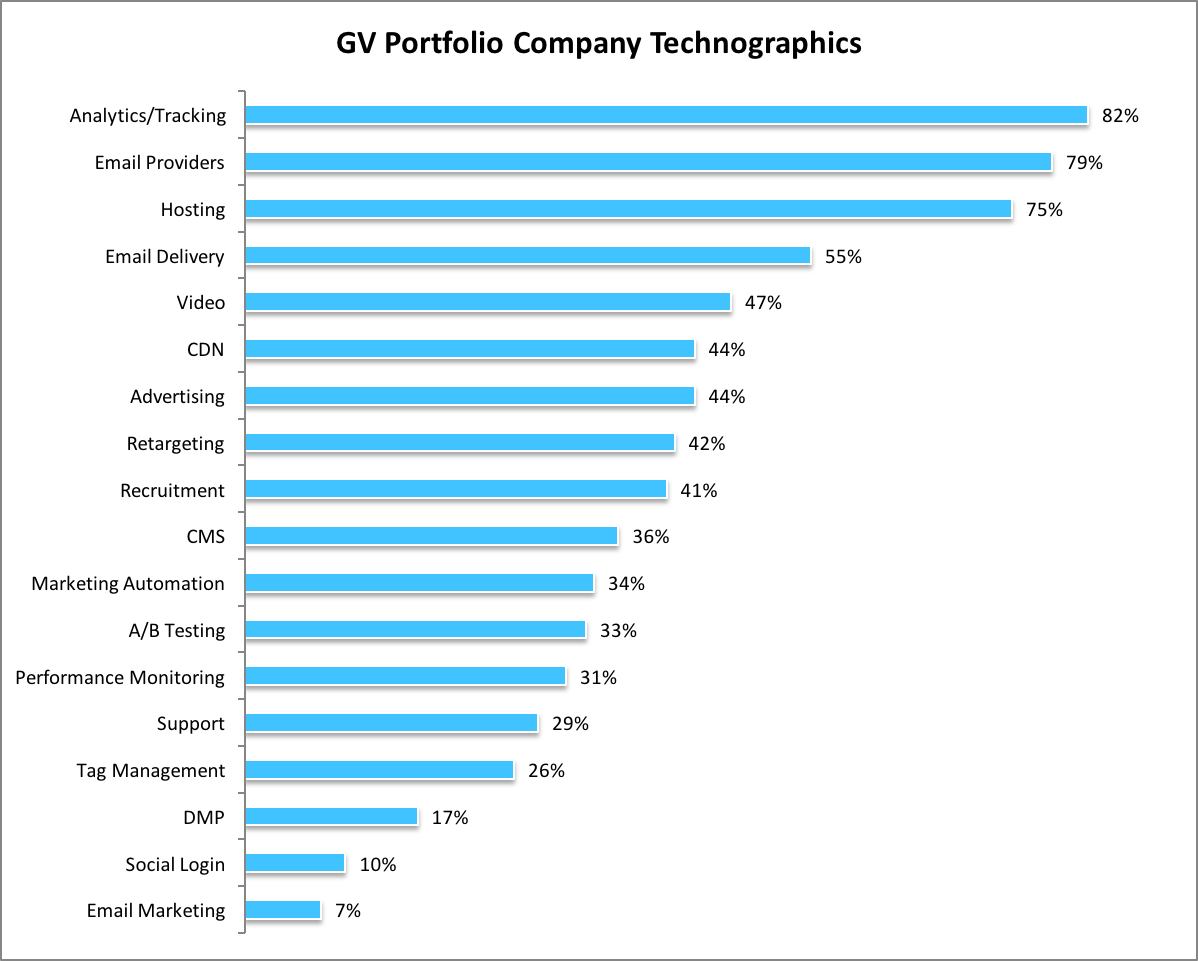 Some interesting things we noticed:

Of the GV portfolio companies that use third party email providers, 90% use Gmail and 7% use Outlook. This, however, does not represent a Google bias. It is simply highlighting Google’s dominance as an email provider. In fact, an even higher percentage of Y Combinator companies used Gmail. 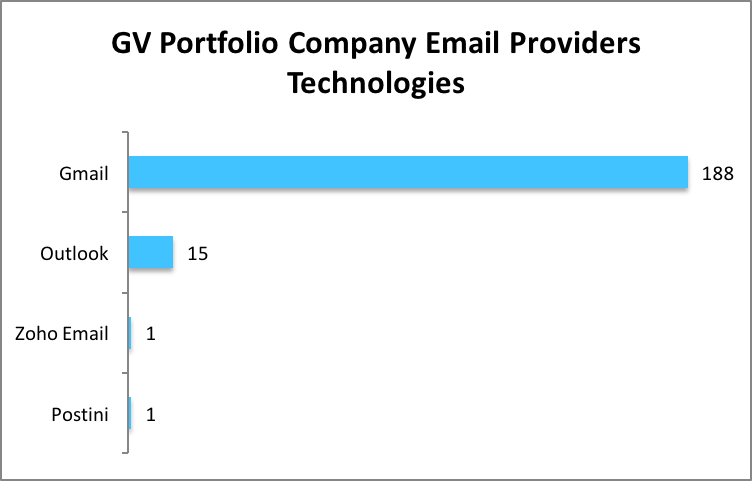 Of the GV portfolio companies that use third party Content Delivery Networks, 59% use Amazon CloudFront, while 5% use Akamai, the industry leader.

7% of GV portfolio companies use a third-party email marketing provider and 10% use a social login company, the two least adopted sales and marketing technologies.

Conversely, 82% use Analytics providers and 79% use email providers, the two most adopted technologies. 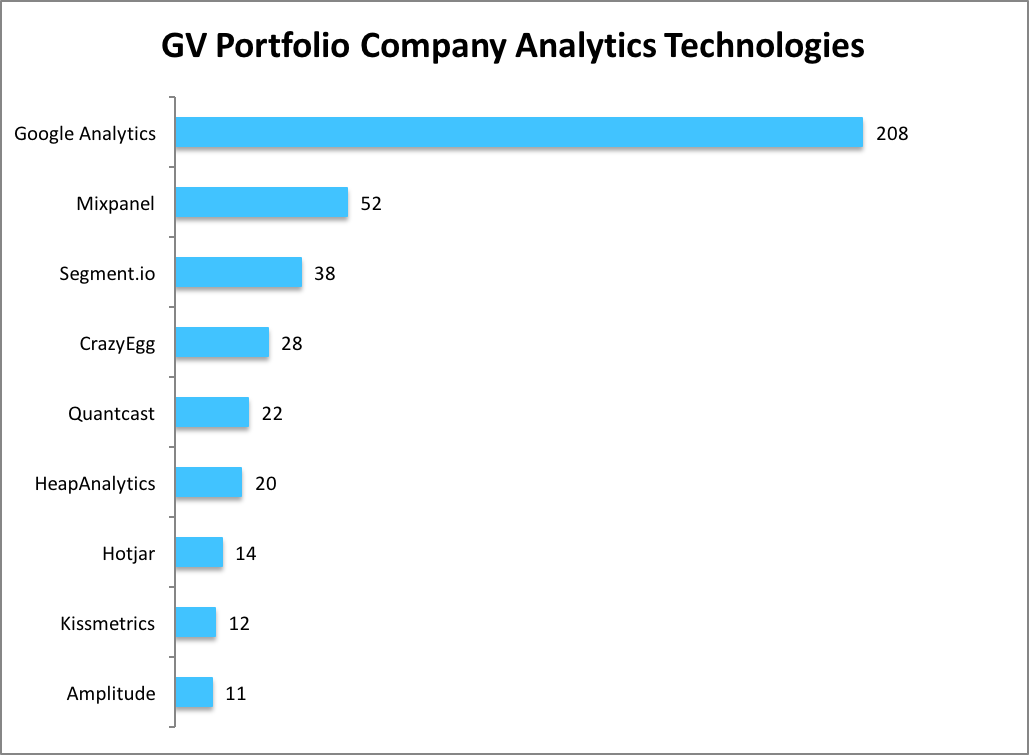 Greenhouse.io and Lever are the most commonly used Recruitment Software, used by 55 and 25 GV portfolio companies respectively.

Of the GV portfolio companies that use third party web performance monitoring providers, 86% use New Relic. 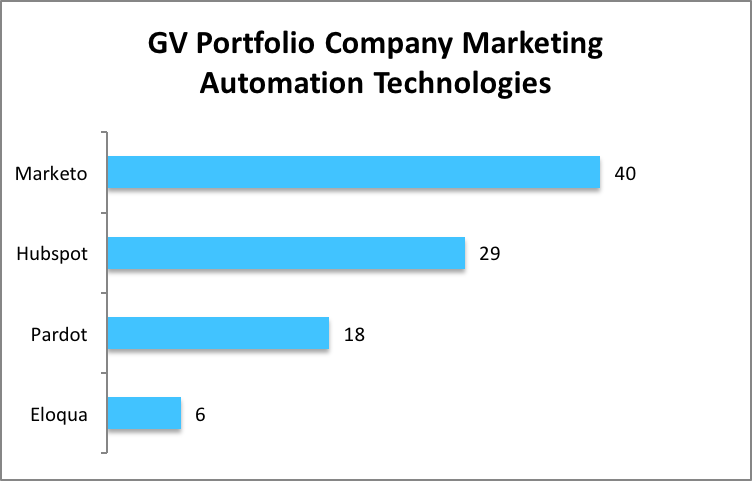 One final insight: 47% of GV portfolio companies use an online video platform. Of that, 68% use YouTube, 35% use Vimeo and 23% use Wistia.

Full disclosure, GV is an investor in Datanyze. 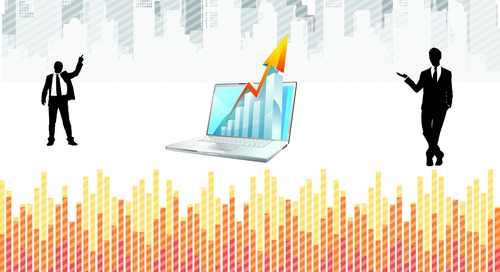 5 Ways Selling SaaS To SMBs Is Different Than Enterprise Sales

Sometimes hunting for the smaller deal isn't always bad. SMBs account for 54% of sales in the US. Here are ... 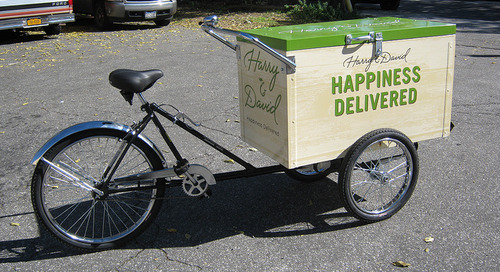