Unless your company runs on ledger books and typewriters, business is impossible without digital data. The roadmap to a company’s success is written in the customer journey, which goes from awareness and interest and long beyond their buying decision. This story is told in the data a company is able to gather, purchase, and access about its prospects and customers.

Loss of data is common, and even inevitable for any business. In a worst-case scenario where data is stored in a physical location, such as a server or hard drive, that data is gone forever.

To combat this catastrophic oversight, World Backup Day 2020 is held on March 31st to remind users to back up their data and not make a fool of themselves on April 1st, the following day.

Read more: What are the differences between backup and recovery?

Data backup refers to the creation of file copies that are held on-premise or in a remote location. Data recovery is the process of restoring lost data by mirroring storage hardware.

Backed data can be stored in hardware such as hard drives, USB drives, and virtual servers in the cloud. The cloud data can be secured with the help of the third-party host or a supplemental system can be used to customize access, schedule backups, and integrate with other security systems.

The process of data recovery differs if it is on-premise than if it is with a third party remotely. Access to the data, types of tools used, and the decision to use recovery consultants vary from company to company.

Unfortunately, running these processes of backup and recovery can occasionally result in losing data due to various system failures.

Data can be lost by corruption, hardware failure, viruses, theft, and disgruntled employees. According to data experts, companies have experienced the following:

Whether losing data is intentional, accidental, or sheer products of ignorance, it’s important to know what you’re up against and how to prevent loss.

It is said (not by Benjamin Franklin) that, “By failing to prepare, you are preparing to fail.” In that spirit, here are some general tips to better prepare for data loss:

Ideally, if backups are done on a regular basis, a data loss strategy is created, and the right tools are used, future incidents will be easier to deal with. There is no telling what the future will hold. Having a system put in place will make those dumpster fires a little better to look at though.

In these examples, some companies put their time into investing and planning and recovered their data - and some did not. As mentioned, data can be lost in many ways, but it is preventable.

Malware comes in many forms including viruses, spyware, trojan horses, and ransomware. Like a virus, it’s increasing complexity is due to its constant evolution. Whenever a new anti-malware system is created, a rogue developer will find a way around it.

Without any data security systems or redundancy in place, many companies have been forced to pay the ransom, hire an outside specialist (who might not be able to recover the data) … or start completely fresh. 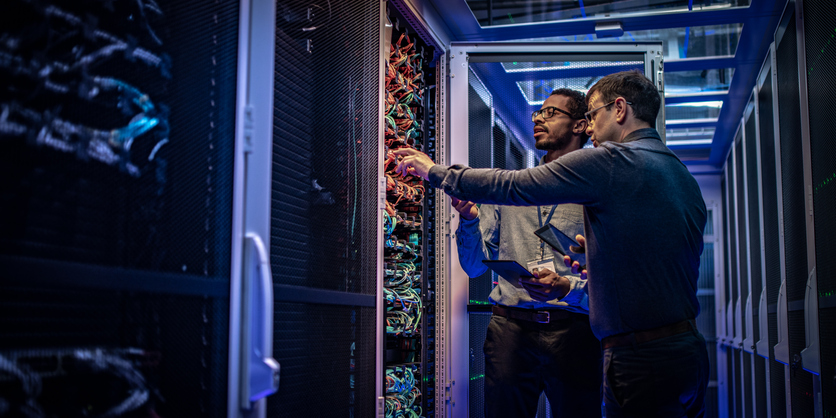 As one of the largest hosting platforms, GitHub has been a target of numerous malware attacks. In 2018 they were a target of a distributed denial-of-service (DDoS) attack, affecting 1.35 terabytes of data. DDoS attacks are a method of disrupting site traffic and forcing them offline by overloading their network.

A year later in 2019, GitHub suffered another major attack when ransomware hit its users. The hackers removed source codes and threatened to make it public unless the developers paid them in Bitcoin.

GitHub was able to ward off these attacks by using top-dollar mitigation services. But for smaller enterprises, many solutions are available for use in-house. End-user protection, firewalls, and anti-virus software are crucial to prevent malware.

Developers using GitHub also admitted to using weak or outdated passwords and not checking access tokens. Although it’s annoying, adding a few special characters, throwing in numbers, or using a password generator can make a difference in enticing a hacker.

How is data being protected with today’s solutions? Check out our report on endpoint protection tools to see!

Office destruction comes in many ways including floods, lightning strikes, not returning a red stapler, overheating, and theft. These acts of unwarranted demolition to servers and drives result in lost data, unless you take the right steps in prevention.

Though it does not happen as often as malware incidents (at 10 million attacks a year), natural disasters are a real threat to databases and networks. In places where catastrophes happen more often, such as a coastal city or island, extra precautions will need to be taken.

Tips and Tools for Servers and Drives

One of the more obvious solutions to disaster data recovery is having proper insurance and tracking weather beforehand. But insurance cannot bring back those lost reports, employee information, or financial documents.

After a natural disaster results in some sort of data loss, it is best to create an analysis that covers the following:

There is nothing to completely prevent simple human error - except not being human.

Errors made in databases are common, in fact, 29% of data loss is caused by human error. Avoiding mistakes is definitely worth a try, but what is more important is the prevention and aftermath work.

Part of that work is data backup - which should be done and tested on a regular basis. As the following stories tell, failed and untested backups are completely useless.

Stories of loss and recovery

In 2008, a contractor working for the UK prison system lost an unencrypted USB drive containing sensitive information of over 80,000 prisoners. That data was not stored anywhere else and was considered lost.

For uncopied, unbacked data there is nothing else to be done except starting over fresh. But not everyone is as neglectful.

During the production of Toy Story 2, a staff member ran a command (rm *) which wiped out all database master files. A Pixar executive immediately went into recovery mode and reached for the backup files. Instead, they found out that the backups had been failing for a month.

The sole savior of this project, another developer gone part-time, had copies of the master files in her home computer. They were salvaged just in time to release the now-classic.

It is unknown if Pixar was using the following method, but for incidents like this, the 3-2-1 backup process would have made data recovery less stressful. The process suggests users to:

Is your database looking empty? Read our guide on how to build one from scratch!

The Importance of Data Backup & Recovery

Loss of data isn’t completely unavoidable, but all hope is not lost - planning out using the following systems will strengthen your defenses.

But after the storm that is data is over, it’s time to put plans into action. But it’s important to remember the people that are benefiting from company data - clients and customers.

Having document templates on hand for client communications will save time and frustration on communications. Because every second of service being down is costly. In fact, companies lose an average of $261,000 in business for each hour of downtime (Datto).

Not having any preparation for a data disaster can come back to haunt you. Statistics say that 25% of small businesses file for bankruptcy after losing data in a cyberattack. 10% of them shut down completely (NCSA).

To ensure decreased chances of data loss and easier data recovery, assemble a knowledgeable security team, use multiple storage devices, store data in more than one location, and invest in the right security solutions.

Do you have any vulnerable data at risk? See which technologies can help, or leave a review! 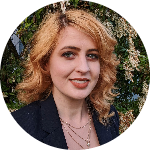 Rayana is a Community Content Specialist where she is responsible for creating effective and on-brand content. Originally from Las Vegas, NV she now enjoys the landscape of the Pacific Northwest.

Learn how remote work software can help alleviate some of the common pain points associated with new work f...

Distance-learning systems have never been more critical than during coronavirus-related school shutdowns. T... 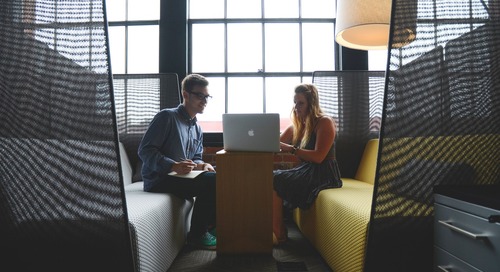